Metropolitan Police Commissioner Sir Bernard Hogan-Howe appeared on television this week to take questions from a panel of Londoners for the BBC’s ‘Do you trust the police?’, wherein the use of stop and search powers predictably emerged as a primary source of polemic. Members of the audience expressed concerns over the continued disproportionate targeting of black and minority ethnic (BME) persons; according to force statistics – and Sir Hogan-Howe’s own on-screen admission – black individuals are stopped and searched at just over 3 times the rate of white people across London, while people from mixed or Asian backgrounds are stopped and searched 1.5 times and 1.3 times over white individuals.

Sir Hogan-Howe solaced his audience somewhat by highlighting that the current targeting of BME individuals, although disproportionate, is far less disproportionate than previously. Nonetheless the statistics ostensibly undermine the effects of the recent overhaul of stop and search powers, which the Commissioner himself has proudly pioneered. Officers exerting the power now require more substantial grounds than ever before, which are explained and recorded both for the individual being searched and their supervisor, who retains a copy of the note. Coupled with a renewed and penetrative emphasis on respect for race and diversity and the attendant importance of challenging prejudice wherever it manifests, the reform of stop and search powers would seem to have been a comprehensive one. So why do the statistics continue to betray us?

The common perception among many communities is that stop and search is also failing to uncover criminality as promised, further fuelling suggestions of groundless, premeditated targeting. Yet although only 9% of stop and searches resulted in an arrest in 2012, many more prompted the issuing of penalty notices, cannabis warnings, and words of advice, indicating that the power does to some extent at least target a range of ‘deviant’ behaviours.

With this in mind then, and in the light of recent reforms, let’s assume that most individuals who are stopped and searched do on some level merit the attention (a big ask for most, I appreciate). A valid response to the skewed statistics might thus be  to explore why BME persons are ostensibly more likely to raise the suspicions of police officers on the streets by exhibiting ‘deviant’ behaviour, and what this says about the shape of society at large. For while I am not naïve enough to believe that racism has been expunged from the police service I do think that the current loud dialogue around institutional prejudice – valid as it may be – is also to some extent cloaking wider issues of inequality and – conveniently for the powers that be – a racism that is perhaps far more endemic.

The correlation between social inequality and assimilation by the criminal justice system has been explored and successfully proven by many persons more qualified and eloquent than this blogger; I would point any interested individuals to research by Dr Adam Whitworth, who concluded after examining 2002-2009 Home Office data for five different types of serious crime that ‘inequality is significantly and positively associated with increased levels of [each crime type], with effects being larger for acquisitive crime.’ His study also affirmed the ‘unmistakable connection’ of geographic, proving that ‘where you find poverty (minority neighbourhoods) is also exactly where you find crime’.

Consider that BME groups in the UK are far more likely to be in poverty than white people, and the relevance of this correlation to our disproportionate stop and search statistics becomes strikingly apparent. Did you know, for example, that the household income of the BME population amounts on average to less than 60% of the median? A plethora of like startling statistics can be found on the website for The Institute of Racial Relations, a think-tank focused on exploring issues of race and how they manifest in contemporary society. These include:

Branding the police institutionally racist is a serious and damaging claim that has, at various points in history, appeared shamefully true. But is it still true nowadays? Or does it perhaps endure more as the path of least resistance, preferable in 21st century Britain to admitting the possibility of an endemically racist society?

I heard this joke on Question Time a few weeks ago:

Implied in our appreciation of this joke is an immediate recognition of the claimant as the wrong man in the truest, Hitchockian sense of the word; a party transformed by the banker’s none-so-subtle displacement of his own villainy, into a comic target for reprisal. It’s a message about stoking conflict to distract from underlying issues of skewed distribution and is, I think, particularly apt to the police and their constant battle to expunge prejudice in their dealings with the public while the elephant of social inequality looms squarely in the room…

2 thoughts on “The Wrong Man” 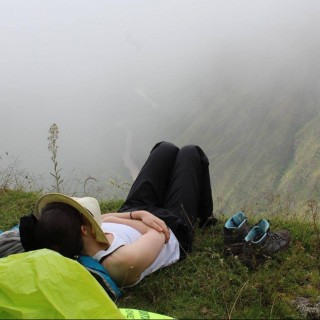 City-dweller and public servant, reflecting on life in the big smoke and some of its big issues. Expect abounding reflections on policing and law enforcement, although please note that views are my own and not those of my employer.